Friday 10 June, I received my Samsung Gear 360 camera. Nice small white tennis ball with on both sides a 180 degree lens. The use of this camera is very ease. Place the battery and MiniSD card (minimal type 10), charge to full and use. The menu is simple: click to set photo, movie or setting and time-lapse.

The button on top makes a movie/photo.

It’s a Samsung! So remote connecting only possible by Samsung Gear App in Android store. My iPhone6 is not compatible with the Gear360. No App in the AppStore to use. I can only load the movies and photos with Cyberlink Gear 360 Action. After the 360 photos and movies are imported in Cyberlink, the stitching is started. After a while the jpg and mp4 are place in a folder 360 on your output folder. (settings can be chosen).

With the Cyberlink editor you can see the 360 photos and movies and move with mouse action. But how can I see the photos on my iPhone? In Cyberlink you can publish the movie to facebook ore youtube. In Youtube the movie is 360. Open in your phone, the movie is playing and swiping is working. Even my VR-Pro headset is usable.

So the easy to use environment with Samsung S6/7, Gear remote viewer and control, stitching on S7 and play (or in the Gear headset), is not available for Apple. When is the Gear remote in the Apple Store? I’ve contact Samsung_NL by Twitter, but there is no news about an iOS App. Waiting for an answer from Twitter group Samsung_Developers.

Create a video with only photos (set duration to 15 sec. to view around) is an other way to see your photos on YouTube. I prefer to use a hidden link in Youtube. (disable the notifications to your subscribers in advanced tab.)

I used Microsoft OneDrive to upload my files to my iPhone but could not find a good 360 photo viewer. I can only see the photos stretched. How to distribute the files and let them show to my family?

Later I found a good working App : PhotoSphere (0,99) and Mobile VR Station for all kind of 360 files. You must import the photos first from the camera roll. It’s not possible to add the photos directly from OneDrive. So download and save them first to the camera roll. Zooming and swiping is possible.

So my 360 journey starts today and takes some challenges.

Some ideas how to film in 360 degrees

There is no director needed for this camera. Just think the viewer is the camera. The audience is the director self. I think it’s a good rule to place the camera on eye height (sitting about 105 and standing about 155 cm). I bought a simple photo Light Stand ( $ 26). This has a stable base and is easy adjustable.

Place the set on the right location and (with Samsung App on S7) start the movie. Because of 360 video, you are always in the picture if you start capturing by hand. Some cutting is needed.

I Think 360 movies are great to record a theater show as sitting in the front row or maybe better on row 6. The camera can also use only the front 180 camera (in the back are only spectators so mostly you need only the front to see the stage). Good for shows of your kids at school. In the professional scene JauntVR  did some good thinks. See there App.

I tested the camera on a fancy fair. Walking with the Gear360 in front of me. If you look back you see me.  This is more or less a video 360 blog. Go to.

I can imagine that you don’t want to see yourself in the video shot.
I also did some recordings on a Wedding. Put the Gear360 on a Light Stand and record about 4-6 min. per shot. Stitching in Cyberlink is a time-consuming operation. The process is processor and memory intensive. The whole wedding movie takes a day. After the stitching, you need to create the video and after that the upload takes another few hours. How more detail (4K) the more time you need for both creating and uploading. I used a MPEG-4 4K 3840×1920/30p (50 Mbps) format in mp4 for YouTube. 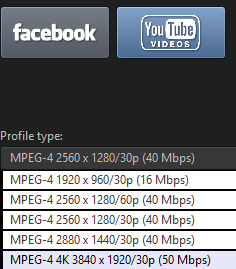 When you make photos, the best way is to put the camera on a simple Light Stand. Make a photo with timer and only the feet of the Stand is visible. The default timer is 3 sec. Set it on 10 sec. to hide yourself. (With the Samsung remote App, it’s easier to make a remote photo.
Second way to hide yourself: hold the camera on your head. You are almost gone!

360 video is a great way to jump into the next experience of movies. The way to deliver is not for all people easy. iPhone users’ needs more steps to deliver the experience of VR.
Is it cheap to start 360 video? No, but to reach the consumer market it’s a good start.

I have no Samsung S7 smartphone, but iPhone6S, so no remote control.

I’ve made a wedding movie. Total length is about 90 minutes. I run the Cyberlink gear Action software on a PC with AMD Athlon64 x2 Dual 6000+ with 3 GHz and 8 GB memory. It took about 3,5 day to stitch the files from the gear360. Full processor load!  After that I create the movie and remove first and last 30 sec (start/stop recording by button on camera) from every shot. Creating the movie cost another night. Then upload to YouTube to watch. You need a fast multi core processor and some patient. Results are amazing!

I had some big problems with copying files from Gear360 to computer: some files could not stitched in Cyberlink PowerDirector15. Files are corrupt. Weird is that these files are random in the list. Even after a format of the SD card, the problem exist. Now I found out, that direct copying the files from SD to Computer (my laptop has a SD slot), the bad files much bigger are then the files already copied by camera connection. Now I could restore some corrupted files from earlier 360 movies.

So this is a better way to import files from camera to computer.