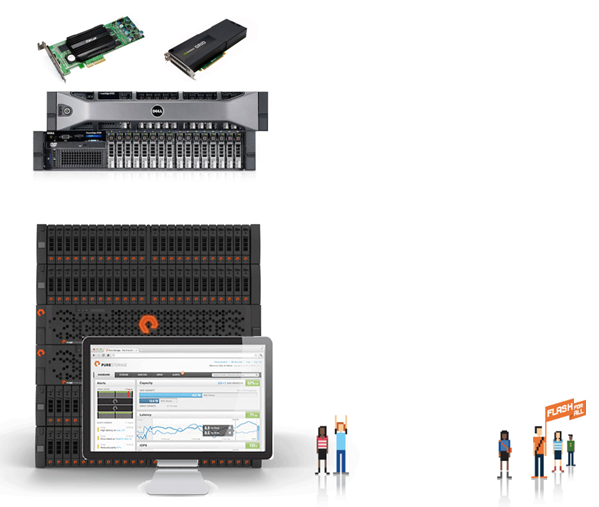 Running a VDI desktop with an impressive high end software to run in an engineering environment isn’t easy. Some of the Autodesk application doesn’t run in a virtual environment at all. Some Heavy 3D tools need a dedicated graphical interface. First goal is to run the standard application in a shared GPU VDI environment. One image to deploy multiple desktops for 80% off the engineers.

3D design application need lots off CPU power, graphical power and memory. Beneath 3D applications there are always standard office applications running. In a virtual desktop are multiple treads running at the same time. Rule of thumb in a VDI environment is to run 5-6 vCPU’s per physical core on the host server. A nice equipped server  with two sockets and Quad core or hex core CPU with hyper threading delivers 16 or 24 cores. This means about 75-125 single vCPU desktops. (memory 256 Gb)

A CAD desktop (windows7 64 bit) is designed in a minimum configuration with 2 vCPU, 8 Gb memory. Better is 4 vCPU and 12 Gb memory. Now  the ESX host can host 20-30 CAD workstations. In a real world I think the balance in Office desktops and CAD workstations is 3:1 on a ESX host. If we aspect 40 iops per desktop, we need minimum of 1200 iops per host. In Office configurations 2400 iops. This is higher than modern SSD (Solid State Disk) can deliver. Most SSD deliver 500 iops W/R. An local PCI SSD storage card such as FusionIO can deliver more than 350.000 iops.  PureStorage (shared) 400.000 iops

In a virtualized environment I believe that a less complex hardware platform is the key. In the early days off virtualization a shared storage was a must to use the magnificent features of VMware. The less is more concept off virtualization was the key of success. Later on there came more and more best practices and cave cats. Iops, aligning, how many VM’s on a LUN, SSD or caching, multi tiering, FC or iSCSI or local storage. Moving bottlenecks from disk and storage to network connectivity and backwards.

With introducing PureStorage All Flash shared storage, I kill the problems with speed, latency, alignment, thin or lazy zeroed, price of storage per VM and local storage.

At the high-end CAD virtual desktop I want to kill my last bottleneck: the graphical card. VDI must be seamless integrated with my backend virtual infrastructure. Back to the early simplicity in design. If I can deliver 80% of high performance desktops in a shared environment, with the ease of the design concepts of the beginning of virtualization I met the goal of Less is more. Drill down complexity, power consumption, manageability of the complete IT infrastructure.

This is really the automation of IT. No single point off failures, no exception in design, just a self healing platform.

The AnteaGroup (number 33 in the ENR top 200 environmental firms 2012) is running such a virtual infrastructure. In the last 3 months the AnteaCloud has running CAD desktops to run real live design projects, engineers can connect from any device and place a CAD workstation with AutoDesk AutoCAD 2014 and Revit 2014.

Only desktops with extra graphical power are glued to a dedicated ESX host. These desktops are direct connected to a physical graphical card. Known as vDGA (virtual Dedicated Graphical Adaptor ) But running on shared storage we can start these desktops on a new ESX host. Load balancing features in VMware vSphere can’t be used for these desktops, so keep the pool as small as possible.

The power off VMware vSphere, PureStorage All Flash storage, Teradici APEX2800, nVIDIA GRID GPU, 10 Gb Ethernet together with the concept of keep it simple, creates a astonishing flexible virtual infrastructure with real PC experience for the users. 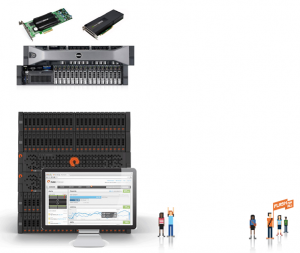